Pantheon is the default desktop environment for the elementary OS (https://elementary.io/). However, you can also use it with Ubuntu 18.04 / WSL.

Comparing to Xfce4, Pantheon is sluggish with its default settings due to its gala window manager; gala tries to use 3D effects for its window related animations but unfortunately WSL and X410 currently cannot accommodate its attempts to use 3D graphic hardware acceleration. However, you can still adjust its configuration and make it useable with X410.

The official Ubuntu repositories don't include Pantheon desktop. You need to add a PPA maintained by the Pantheon developers (https://launchpad.net/~elementary-os) and install it from there.

When the Pantheon desktop package is installed, it also adds various components that are unsupported or unnecessary in WSL. They only delay the startup time and consume additional memory. You can remove those components by executing the following command: 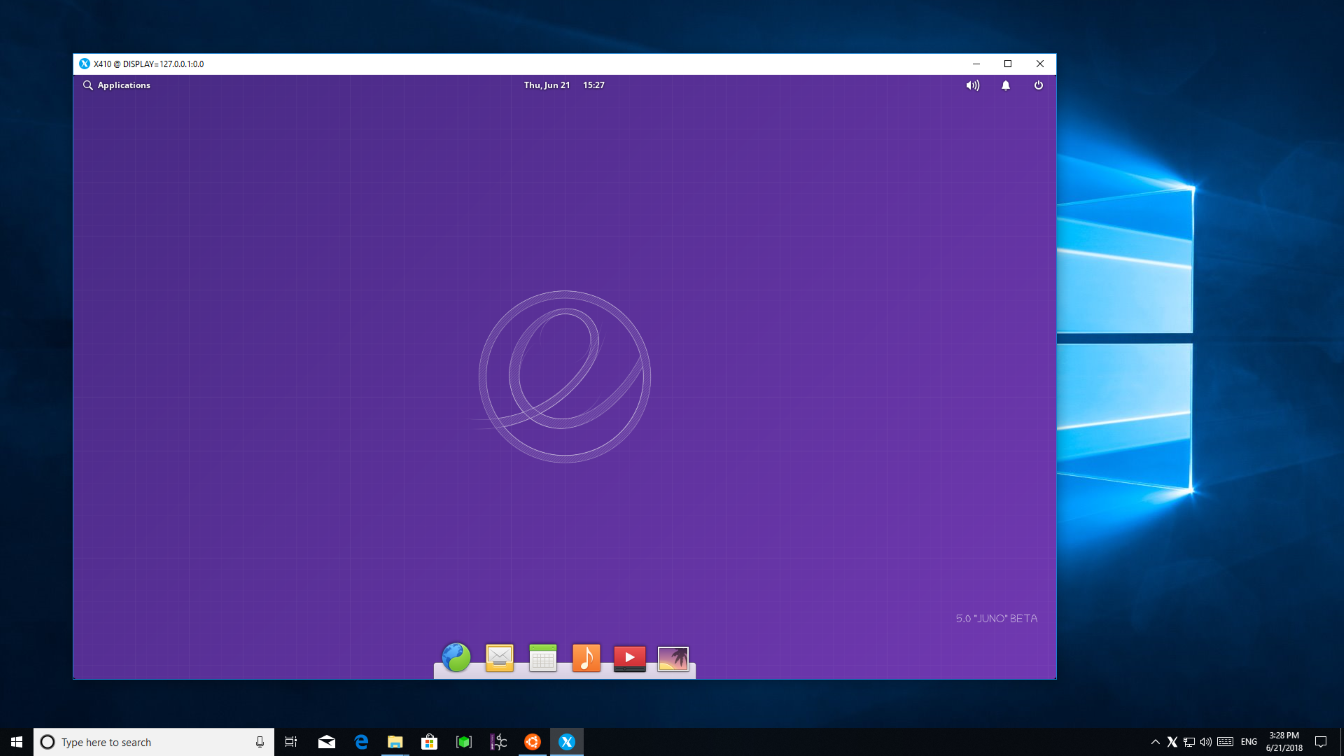 When you first click the top left 'Applications' menu, there will be a significant delay (1+ minutes). It seems the delay comes from the Pantheon desktop trying to update its application list by browsing through the folders (if you know a way to speed this up, please let us know). However, once the application list is populated, there will be only minimal delays. You should also turn off the window animations in order to further minimize the delays: [ Applications ] » [ System Settings ] » [ Universal Access ] » 'Animations'

If you're using a HiDPI screen and want to scale the desktop, you can use the GDK_SCALE environment variable as the Pantheon desktop is based on GTK+ 3.

If you want to create a Windows shortcut for launching the Pantheon desktop, you can follow the steps described in the post below:

The following shows a batch file example that starts the Pantheon desktop on Ubuntu 18.04:

If you enabled PulseAudio, you can also add it to the batch file.

When the sound is not enabled, you'll constantly see the error message "** (wingpanel:190): WARNING ... Volume-control.vala:478: pa_context_connect() failed: Connection refused". You can fix this by completely uninstalling the sound indicator:


Please note when you install the Pantheon desktop, it sets the system wide default theme for GTK+ 3 to "elementary". So if you change the mode for X410 to Windowed Apps and start launching individual apps, you'll get the "elementary" theme. But it seems there are compatibility issues when it's used without the Pantheon desktop; a thick black frame is shown for some app windows.